As 2021 draws to a close, we are honored to have many fantastic professionals graduating from our EMBA Huntsville cohort. Commencement at The University of Alabama will be on December 11th.

Emily Newton, a Contract Management Specialist for The Boeing Company, gives us an insider’s look at how The University of Alabama EMBA Program positively changed many aspects of her life. Desmond Clay, a Business Development Analyst for Torch Technologies, Inc., illustrates the impact of the EMBA Program in bridging the gap between transitioning out of the military while also opening doors for future career opportunities.

Can you provide a general overview of your career path thus far?

Newton: My career began in 2002 after graduating from The University of North Carolina at Wilmington. My first job was as a receptionist in a small law firm in California, and eventually promoted to a paralegal.  My paralegal career spanned approximately 12 years (throughout California and Alabama) until I began my Boeing career in 2017.  I was a SAHM for about five years after our daughter, Abigail, was born.  I am now working in the Contracts function, and I have found it to be very interesting and exciting; I learn something new each day, and I cannot wait to see where this career path at Boeing takes me in the future.

How has the Executive MBA Program at U.A. helped you in your job roles thus far?

Newton: The EMBA has expanded my understanding of the different business functions, how they interconnect, and the vital role they each play in the day-to-day business.  With my newly acquired knowledge, I can confidently speak about finance, strategy, or any subjects I studied in the program.  Additionally, the EMBA program provided me with experience to improve my public speaking, negotiation, teamwork, and networking skills, which I will utilize each day in my role.

What advice do you have for others to start an Executive MBA degree program?

Newton: I was very hesitant to go back to school after almost 20 years, but I am so very glad that I “bit the bullet” and applied for the program.  My advice is to push yourself out of that comfort zone, put in the time and work it takes to succeed, and know that in the end, it will benefit you in ways you never imagined.

Tell us a bit about your company. Has your role in the company changed?

Clay: Torch Technologies, Inc. is a 100% employee-owned company headquartered in Huntsville, Alabama, with employee-owners located in 15 different locations. We provide superior research, development, and engineering services to the Federal Government and the Department of Defense. As one of the nation’s top 100 defense companies, our services directly support the men and women who serve our country.

My role has changed since starting the Executive MBA program. I began working for Torch in January 2021 as a Program Integrator, and now I am the Business Development Analyst for my division.

What was the Executive MBA program journey like for you?

Clay: I began the program as an Active-Duty Army Officer. I returned to the U.S. from a 9-month rotation to Europe just one month before the program started in August 2020. I returned to Savannah, Georgia, where I was stationed until I transitioned to an internship in Huntsville with Torch in October. My first semester was challenging due to the many transitions. I reintegrated with my family after being separated for a year, started a new job, and, to top things off, began an intensive UA EMBA program. The program allowed me to bridge the gap between transitioning out of the military and opening doors for career opportunities.

What advice do you have for others to start an Executive MBA degree program?

Clay: No matter where you are in your career or personal life, if this is something you want to do, go for it. There will never be a “perfect time” to start. Make the leap now!

How have you or your family changed as a result of the Executive MBA experience?

Newton: Another benefit of the program is the change I see in our ten-year-old daughter; she has watched me work very hard these past 17 months, and I believe it’s pushed her to work harder in her studies.  She is very proud of my hard work and witnesses firsthand that a woman can be a mother, wife, student, and have a career all at once, just maybe not all at 100%, and that is okay!  Hopefully, this inspires her in her career as she grows up.

Clay: My family has grown closer during this program. There were many sacrifices like family events and staying up late to study. The program taught me to take full advantage of the time we have together. I cherish the little things with my kids and try to be more intentional in devoting my full attention to them.

To request more information and to find out how The University of Alabama Executive MBA Program can impact your career, contact Cheryl Altamara at caltemara@culverhouse.ua.edu or 205-348-4501.

As President of UAW, which consists of more than 400,000 active members, the infrastructure bill will aid auto workers by allowing Detroit, home of General Motor’s largest car plant, to maintain its status as a leader in mobility in the state of Michigan.

After being elected as the UAW Secretary-Treasurer at the 37th Constitutional Convention, Ray Curry was elected President of the UAW on June 28, 2021, by the International Executive Board. Ray Curry has substantial experience as a labor union leader and has represented countless auto workers across the United States.

During the EMBA Alumni Network Conference in October, Ray Curry was honored with the 2021 EMBAAN Alumnus of the Year award. The award recognized his exceptional career accomplishments and his ability to exemplify what it means to be a University of Alabama alumnus in the workplace and the community.

President Joe Biden acknowledged Ray’s ability to represent auto workers by stating, “Nobody does more to look out for American auto workers than Ray Curry.” Ray also celebrated his 56th birthday, which he referred to as a week of blessings. Once the president thanked Ray Curry for hosting him in Detroit, he made sure to wish him a happy birthday.

The new infrastructure bill could present an opportunity for car companies to promote and expand the electric car business. As auto workers are operating along with this ongoing growth, Ray Curry will be representing a considerable amount of these workers. The bill signing is one of the many great joys in Ray’s role representing the UAW’s 1.2 million active and retired members.

Mettee took over as interim CFO of FirstBank in April 2020 as it was working to finalize its $611 million acquisition of Franklin-based FranklinSynergy Bank (NYSE: FSB). The deal, which closed in August, grew FirstBank to 87 branches across four states and mortgage companies across the southeast and gives it approximately $11 billion in assets.

Mettee graduated from the UA EMBA Program in 2011. “The Executive MBA program at Alabama was instrumental in forming the way I think as a business person,” said Mettee. “The unique structure and curriculum allowed me to learn from classmates, top instructors, and business executives who really set me up to take the next step in my career. Roll Tide!”

Before joining FirstBank in 2012, Mettee managed budget and forecasting for the retail banking operation of BBVA Compass. He also spent a decade in secondary marketing at BBVA, Regions/AmSouth, and Wachovia/SouthTrust.

“I am truly honored to be named CFO of a bank with the reputation and track record for success that FirstBank has built,” Mettee said in the company’s press release. “I am fortunate to work alongside a talented and dedicated team of associates across our footprint that provides unmatched customer service and works together to execute our strategic plan.”

To request more information on the Executive MBA Program and attend a virtual information session, contact Cheryl Altamara at caltemara@culverhouse.ua.edu or 205-348-4501. 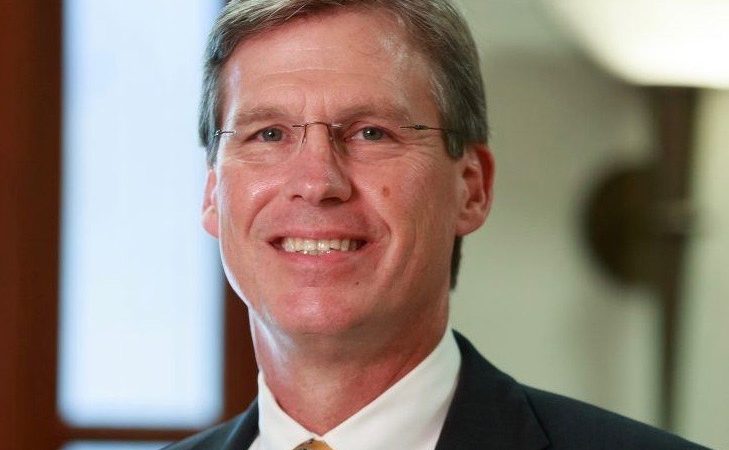 Mark Sullivan, an alumnus of UA’s Executive MBA Class of 1994, has been named Executive Vice President at Bryant Bank.

After retiring from Synovus at the end of March, he knew he would not stay retired for long.  According to Sullivan, “I still have a lot of energy, and hopefully, a little knowledge to help an organization move forward toward its goals.”  The new role at Bryant Bank will “allow me to expand my focus beyond just the local market while remaining very active and engaged in the Tuscaloosa community.”

“This job will allow me to continue to draw on the overall strategic knowledge and training I received in the EMBA program, but in an even broader way.”

To learn more about Mark Sullivan and his new role as Executive Vice President at Bryant Bank, click on the article below.

Celebrating the EMBA Class of 2020

Although The University of Alabama Executive MBA Class of 2020 Graduation Ceremony, scheduled for May 2, is postponed until August contingent on how the summer health outlook progresses, we celebrate their achievement today as they finish their final semester.

We will also celebrate again in August so that they receive the recognition they so richly deserve. We look forward to honoring our EMBA graduates along with their families, faculty, and staff at the EMBA Ceremony. The ceremony will honor the achievement of our graduates who have earned their degree from one of the most prestigious universities in the world, during one of the most challenging times in recent history.